Campers all have one thing in common: Stagedoor kids love theatre! Time spent on stage and in classrooms is also time spent discovering a world of shared interests and support.

And what a world it is!  This summer, Stagedoor campers come from 6 continents, 24 countries, and 46 states!

Youth About Business gives high school students from all backgrounds exposure to the world of business through a stimulating and interactive program. Students who participate in YAB’s programs boast a 98 percent high school graduation rate with many pursuing degrees at two- and four-year colleges, compared to a rate of 68 percent in some areas of the country.

The YAB Summer Business Camp Program is YAB’s cornerstone program. Here students learn about the world of high-level corporate finance through our merger and acquisition simulation. Students are advised by attorneys, accountants, investment bankers and many other executives to understand the mechanics of these business transactions. Our “summer intensive” camps serve as the entry point into the year round Youth About Business Leadership Development Program curriculum. The summer culminates with the Wall Street Conference for Teens in one of the most exciting financial districts in America.

The YAB Entrepreneurial Training Program teaches students the mechanics of how to successfully run a business. The program gives students a theoretical view of business through our established curriculum. Students then have the opportunity to apply the knowledge by actually participating in the management of small business operatives that we refer to as our Training Centers. This is available only in Southeast Market.

The World Youth Alliance works to understand and speak about the idea of the human person. We work with young people around the world to build a culture that supports and nurtures the dignity of each human person. Our work can be divided into three program areas: Advocacy, Education and Culture.

A world in which the dignity of the person is the foundation for policy and program implementation; in which we understand that progress entails a commitment to the dignity of each human person and the adoption of person-centered solutions.

Music In Common, Inc. is a nonprofit organization whose mission is to strengthen, empower, educate, and connect communities through the universal language of music.

By producing publicly accessible concerts, school programs, and multimedia productions with an interest in underserved communities and communities in conflict, Music in Common (MiC) provides a platform for the exchange of ideas and collaborations that can lead to positive social change.

In October 2005,musician, writer, and producer Todd Mack organizedan informal backyard jamin honor of his friend and band mate Danny Pearl, the late Wall St. Journal reporter. Fueled by a resonating belief in the power of music to connect people, that backyard jam has grown into an internationally touring non-profit organization with innovative community-building programs that serve as a call to action in communities around the world. To date, MiC has served thousands of people in more than 200 communities across the US, Middle East, and Far East and operates multiple programs locally, nationally, and internationally.

Community Concerts– By bringing together diverse groups of artists and audiences, MiC community concertsare a living demonstration of the power of music to connect people.MiC concerts are powerful and healing experiences, generating a sense of community and hope and often serve as a call to action for individuals and communities to discover common ground. MiC Community Concerts include FODfest, Meeting of the MiCs, andRaise the MiC.

Youth Initiatives– With a focus on 21st Century Skills and community building, MiC youth initiatives inspire young people to see beyond the walls in front of them and empower them to create the world they envision.MiC youth programsimmerse students in an environment that demandsmutual respect, effective communication, and collaboration. MiC programs equip young people with the skills they need toconstructively manage day-to-day issues of bullying,intolerance, and cultural tensions in the classroom and beyond. Music andmultimedia are a healthy means for self-expression, and students gain confidence,self-awareness, and a greater appreciation for commonalities among others with whom they mightnot typically interact. MiC youth initiatives include the MiC Immersion Program, JAMMS, and the MiC Youth Summit.

International Tours – Since 2009, MiC has produced nearly a dozen international tours in the Far East and Middle East that incorporate community concerts and youth programs, creating impactful peer to peer diplomacy and cross-cultural ambassadorship. MiC has worked extensively throughout Israel and the West Bank to deepen understanding between Jews, Christians, and Muslims, Israelis and Palestinians, providing a platform for people to discover common ground even when and where none was thought to exist.

Multimedia Productions– MiC reaches a global audience by distributing a wide array of multimedia projects via the internet and social networking. MiC’s message of tolerance and unity counters the exploitive use of multimedia and the internet to propagate hate and violence. Video clips can be viewed on our youtube channel.

For information about volunteering, visit http://www.musicincommon.org/volunteer

For information about performing, visit https://www.musicincommon.org/

Attend Cornell for a 3- to 6- week summer program on a range of topics, including Architecture and Art, Debate and Literature, Psychology, Law and Government, Veterinary Medicine, etc.

At DEC environmental education camps, campers experience a balance of environmental education, sportsman education and outdoor fun. Games, lessons and hands-on activities teach kids about forests, water quality and other aspects of nature. Swimming, hiking and canoeing are on the agenda, too, as campers learn new outdoor skills. Campers come away with a life-long passion for nature and a dedication to stewardship of our natural resources.

View details here: www.dec.ny.gov/education
Registration starts at the end of March and is ongoing until program is full

The SMYSP Summer Residential Program (SRP) is an annual five-week science- and medicine-based enrichment program that takes place from mid-June to late July, and is held on the campus of Stanford University. It is open to low-income and ethnically diverse high school sophomores and juniors who live in northern and central California. There is no cost to participants.

You qualify for the SMYSP Summer Residential Program and are invited to apply if you:

Through lectures and hands-on laboratory investigations in state-of-the-art laboratories, students will be introduced to the fundamentals of molecular biology, pharmacology, immunology, biochemistry and medical ethics.

In addition, students will interact with practicing professionals in fields such as medicine, physical therapy, toxicology, genetic counseling and biomedical laboratory research. The Health and Biomedical Sciences camp will provide a fun, challenging and engaging college environment in which students will develop a deeper understanding of what it means to be a biomedical scientist and health professional.

For details, visit https://www.lvc.edu/life-at-lvc/summer-community-programming/health-biomedical-sciences-camp/
Applications will be reviewed on a rolling basis 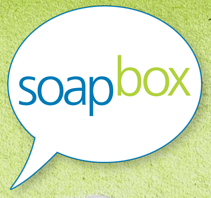 Feminist Camp is designed to immerse participants into the issues women and men care about most: media, art, our bodies and health, global affairs, and philanthropy. The goal is to gain a deeper understanding of our values and to see our own power to make change. We will visit cutting edge organizations, meet with exciting leaders, read insightful articles—and build a network of lasting friendships.

We expose our participants to a wide variety of careers, as well—from program officer at the Novo Foundation to directors of an all-girl theater company. Our belief is that the sooner you discover the range of job possibilities, the better positioned you are to succeed in your academic and professional lives.

The feminist-owned business Soapbox, Inc. produces the week, which is hosted by Soapbox co-founders Amy Richards and Jennifer Baumgardner. Jen and Amy leverage the myriad connections they’ve made in two decades of working as journalists, authors, political consultants, professors, filmmakers, and fundraisers to create a week that is high-powered, inspiring, and fun.

To view a full list of YMCA Teen Programs, visit https://ymcanyc.org/programs/kids-family/teen-programs. To get involved in the programs listed above, please contact your local branch and ask for the teen director.